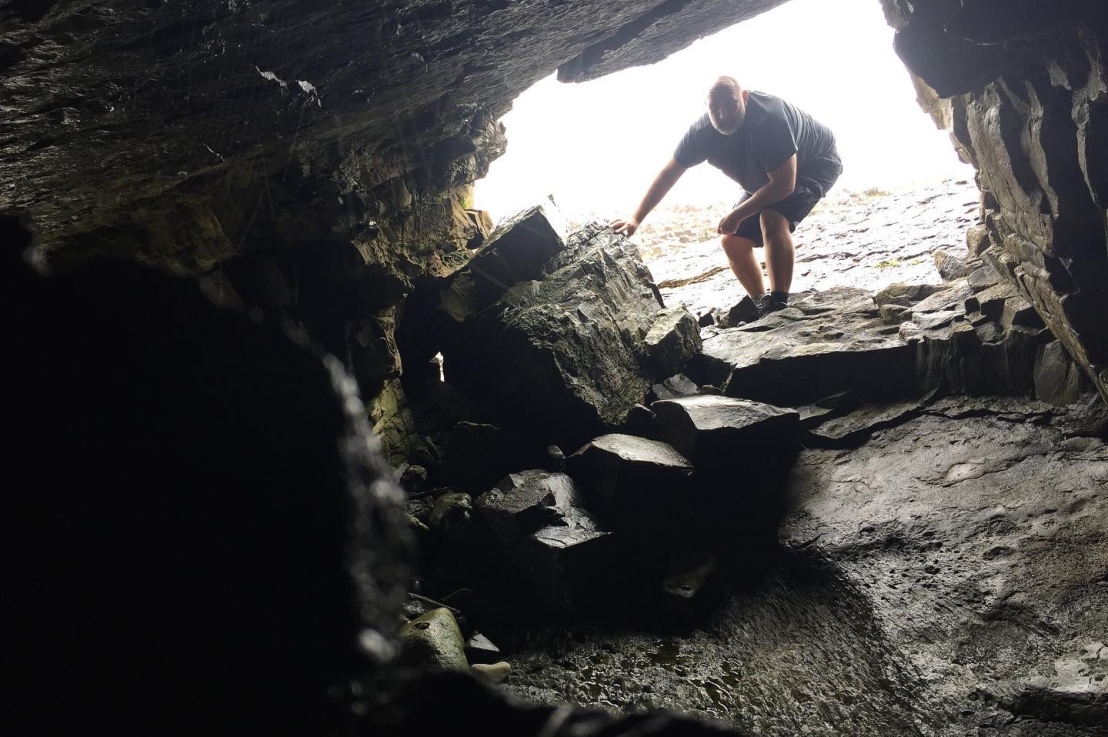 The title of this post could be a little confusing, as I saw not one single seal in my 4 days on the Ardnamurchan peninsula. But the translation of the Gaelic name for the area gives some indication of the lie of the land we’re talking about if you’ve never been, or indeed never heard, of this remote, beautiful and charming part of the world.

It’s area that clearly does it’s own thing. It’s local distillery isn’t open at the weekend. And the shop is Kilchoan is closed on a Sunday. Strange occurrences for people used the ways of the towns and cities in our contemporary Scotland. For me the charm comes from that willingness to buck the trends, and to embrace the peace and the remoteness of the landscape that The King and I found ourselves in. We utterly loved it. The lack of other voices, the passing places, the wildlife, the waters, the hills and moors, the volcano… yes there is a volcano, more of that later.

Our journey started early on the Friday morning. But even at 7am, the roads were busy. Once we reached Lochailort, and took a left, the vehicles dried up. The road narrowed. The noise at each stop to grab a snack or marvel at a view lessened.

One of our last stops before Lochailort was a wander up to the Glenfinnan viaduct. As I bored The King with tales of the surrounding hills and bothies, we did our best to avoid the hundreds of others who had come to this spot of Harry Potter pilgrimage. We were pleased to move off again in search of solitude.

Before long we were on a single track road with passing places. Although for mid summer, we used them only rarely as the tarmac vein was unbothered by too much movement.

After what seemed like a lifetimes worth of driving along these teeny tiny roads, with some pretty big scenery to match, we reached Kilchoan, our final destination, and the Ardnamurchan Campsite. Pitches one and five were ours, although it would not have mattered with views across to Ben Hiant and Mull, any pitch would have been great.

The King set up his tent and I finalised how I’d park with the van. And then we were off. To Sanna Bay for some floating and swimming. a bucket list trip I’ve wanted to make for a long time.

And to get there, you drive through an extinct volcano. In the two pictures below the high hills are part of the volcano rim.

You can see it much better on this overhead photo (courtesy of the Ardnamurchan Natural History Visitor Centre). It was brilliant to stand in the volcano and trace the rim through 360o. I did get quite excited about the volcano, much to The King’s amusement.

The King pushed me though the rest of the volcano (not physically, but definitely metaphorically, as I was maybe a little too in awe to realise that wasn’t our destination) and we reached the car park at Sanna. What a glorious, green place.

We warmed up back at camp in three ways. The fire was lit. The whisky was drank. And the midges were chased.

Next day we went to Mull on the ferry.

And after getting back to the peninsula, we went up to the lighthouse. The lighthouse was fab. But the driving rain made the tearoom equally fab and an oasis of scones and calm.

The King didn’t like cooking while I blew bubbles at him.

Day three was “do our own thing” kind of day so while The King read his book, I went cave hunting. The original plan had be to head up one of the hills on the peninsula, but the weather was not looking too kind so I stuck to the coast and found a cave on the map near Kilmory marked as Uamha Thuill.

The coast was stunning, very atmospheric in the rain. But the cave was fantastic. I’ll not say much about the history as it’s explained here: http://kilchoan.blogspot.com/2010/01/st-columbas-cave.html?m=1

Three entrances, a total area of about 7m x 3m, protection from the elements, loads of space (including the further 20m or so that could be found through a 2ft squared gap that I wasn’t brave enough to go into…) and you could see the weathering of the limestone that created the cave and that continues down into the sea.

We finished the day with another wee run to Sanna for some more floating.

Day 4 of our trip was our last and we headed for home. But not before a wander along the Silver Walk and around Castle Tioram.

Our 4 days on Ardnamurchan were immense. An area I’ve never explored before. But one I’ll certainly be back to soon. Even if I saw no seals.