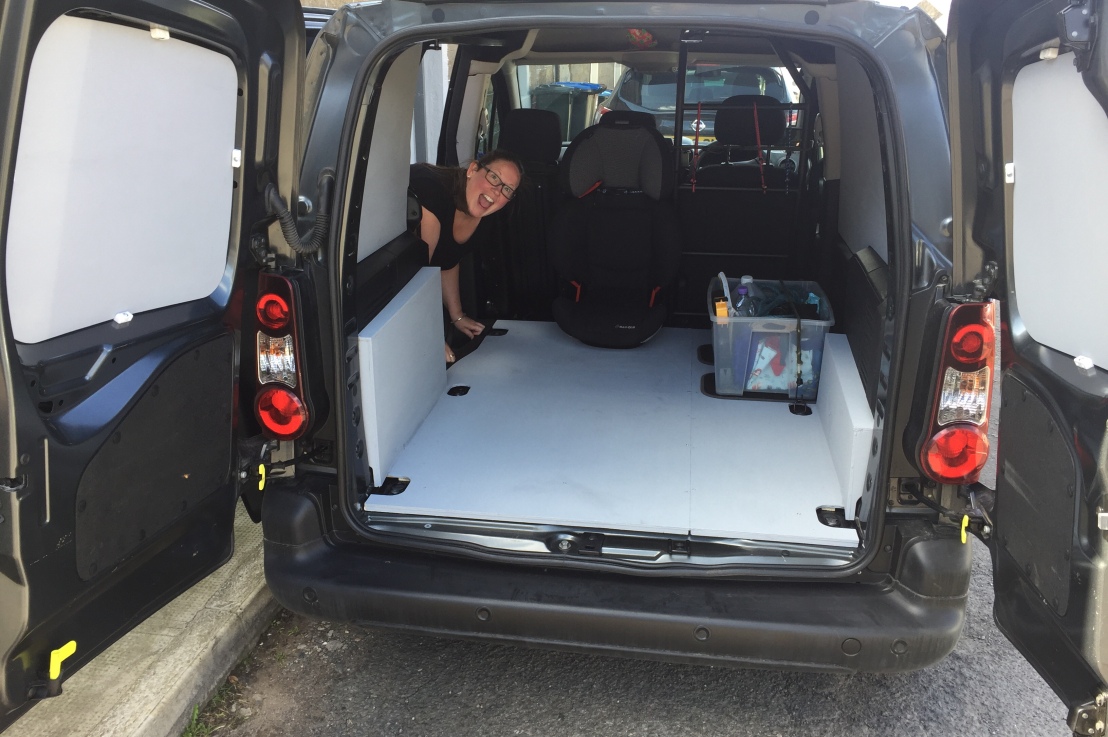 Bernie has been busy. Our newest addition has been running us around a lot over the last couple of weeks of our summer holidays. A smooth ride, and Sam loves riding in the middle of the three (well, two and a half) front seats, telling us where to go and looking out for birdies and sheep.

I bought Bernie with the intention of her becoming an adventure wagon, to take us out into the wilderness, give us a place to escape the weather and even sleep. There’s lots of conversion to do, but the upcoming return to school means we only have time for some simple sprucing. New clothes rather than a facelift. A tidy up rather than a spring clean. This was our starting point to stage one of the conversion.

Kirsty and I got our workie gear on. First job was a clean of the driving area. Then the bulkhead was removed. Which gives us a greater feeling of space and has removed a huge weight from the van.

Next up was the removal of the ply. We cleaned the van up in the back, sweeping out a forest of leaves and sticks and dust and wiping down the surfaces. We left Bernie looking naked. She didn’t seem to mind.

I’d been to B&Q earlier in the day to buy some paint to update the ply. Some new clothes for Bernie. The warm, sunny day made two coats a breeze. 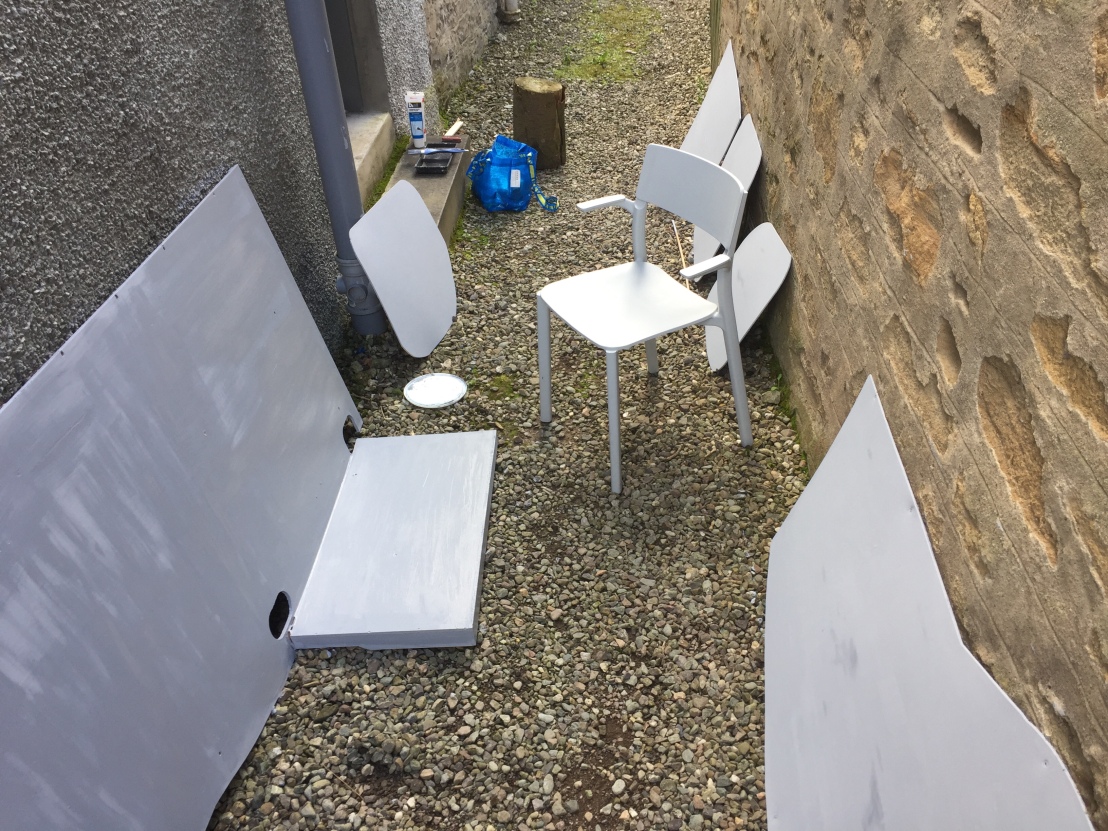 The grey paint I bought to compliment the dark grey of the van was lighter than I imagined. But we think it looks good.

Before the painting I also added a lip to the back door end of the ply. There had been a gap left between the ply and the van floor, and I was worried that someone’s big arse (mine perhaps) would be heavy enough to break it. So I screwed on a lip of timber to strengthen it.

By the end of the day Bernie’s new clothes were impressive. 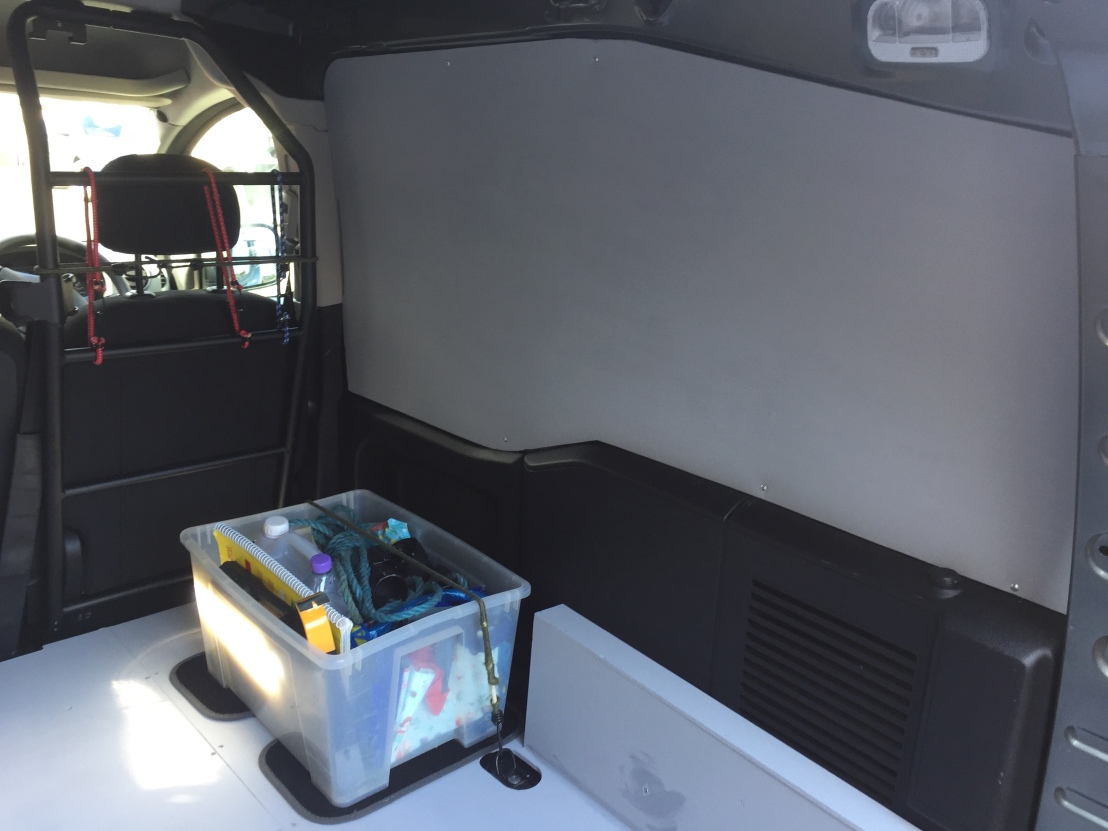 A good day’s work, and a lesson learnt about what can be achieved in a day. Not necessarily as much as you hope. But stage one is complete. She feels like our van now. And plans are already coming together for what stage two might look like. One part Van Morrison, a little Van Gogh maybe. Some Vanny De Vito sense of humour and she’ll be as tough as Van Helsing. 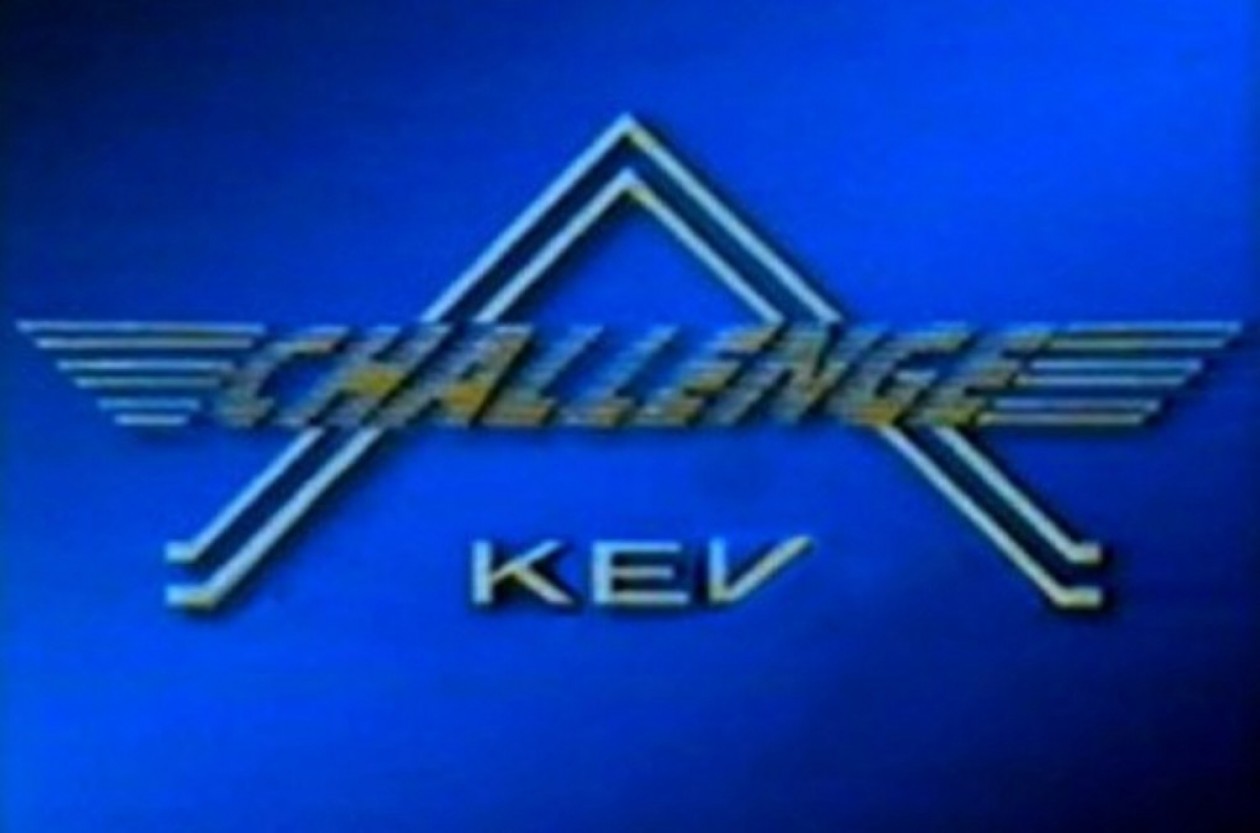 Scotland with the Wee White Dug

A Scottish travel blog showcasing the best of Scotland